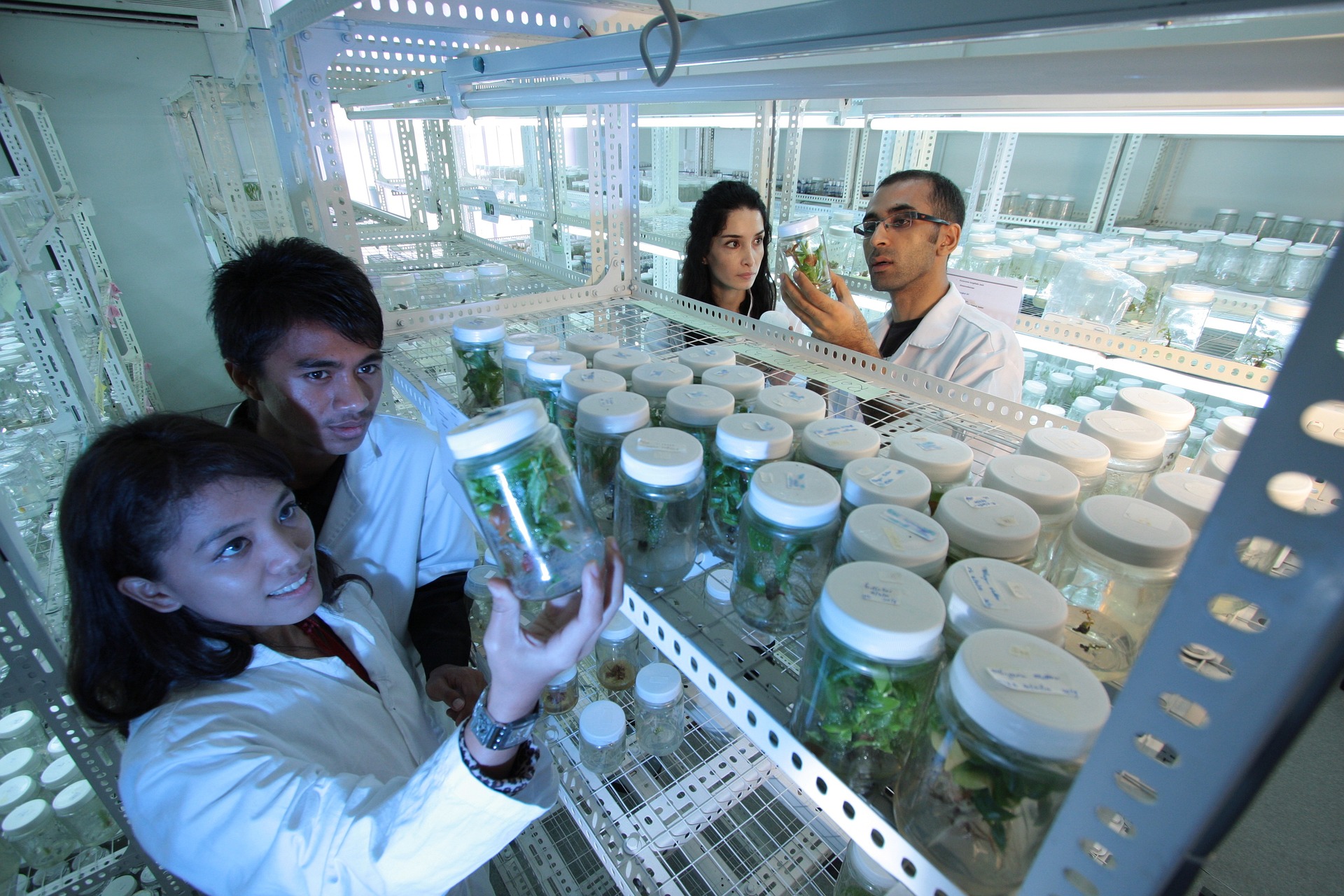 Biotechnology is a science that applies the principles of biology, chemistry and genetics to engineering. It involves the use of living systems and organisms to develop or make products, such as food and drugs. Biotechnology also encompasses the study of plant life, including plants' molecular structure, cell structure and energy production.

Agricultural biotechnology is the term used in crop and livestock improvement through biotechnology tools. These tools include genetic engineering, cell fusion, and mutagenesis.

The first agricultural biotechnologies were developed in the 1970s by inserting genes from one species into another species with a goal of improving its quality or productivity. Examples of these early developments include crops that could produce their own pesticides (Bt corn) or resist herbicides (RoundUp Ready crops).

The most recent advances in agricultural biotechnology come from a field called gene editing that allows scientists to precisely change individual genes without adding other genes from another organism as was required previously. This technology has been used to create plants with higher yields and more nutritious food products such as soybeans that are low in saturated fat but still have high protein content

Agricultural biotechnology is often narrowed down to mean genetic engineering of plants.

Agricultural biotechnology is a science that uses the tools of biotechnology to improve plants and animals used in agricultural production. Biotech crops are often defined as those with traits such as improved quality or quantity, better resistance to environmental stress and insects, herbicide tolerance (to control weeds), or altered nutrient composition. Biotech crops are genetically engineered using genes from bacteria and viruses (the latter being known as transgenics). These genes may be inserted into the genome of the crop either by physical means such as microinjection or by genetic engineering techniques such as recombinant DNA technology.

Agricultural biotechnology can be described as making use of live organisms through genetic engineering practices for large scale food production on farms. This includes both conventional breeding practices which involves crossbreeding existing species of plants, animals and microorganisms along with conventional methods for growing them with artificial fertilizers etc., but also covers newer technologies where certain species' DNA has been altered so they will produce specific proteins naturally within their bodies when grown under certain conditions - this process is called genetic modification (GM).

The first genetically modified organism was produced in 1983.

It is important to remember that the first genetically modified organism (GMO) was created in 1983.

This means that you can thank the scientists of this time period for making your favorite foods possible. As a matter of fact, they are responsible for creating many of the food products that we enjoy today.

From 2000 to 2015, private companies commercialized 1,755 transgenic plants in 62 countries around the world.

Globally, 8 million farmers cultivate transgenic crops, 95% of which are small, resource-poor farmers. The benefits of biotechnology to these farmers include greater economic security; improved crop productivity; and reduced use of pesticides and water.

Why do they use it? Because it helps them!

In 2017, the Global Harvest Initiative (GHI) conducted a survey with 2,500 smallholder farmers in seven developing countries: Burkina Faso, Ethiopia, Malawi, Mozambique, Nigeria and Uganda as well as India and Mexico. Respondents were asked about their attitudes towards biotechnology in agriculture today. The majority said that the technology has been helpful in producing higher yields—and not just helping themselves but also contributing to food security across their communities through increased production...

Biotech crops can be divided into four categories based on the traits they posses.

Biotech crops can be divided into four categories based on the traits they posses.

Farmers can use Bacillus thuringiensis (BT) to protect their crops from insects.

BT is engineered by incorporating genes from soil bacteria into plants and enabling them to produce proteins toxic to the insects that destroy their growth and productivity. The transgenic plants are planted in fields, where they grow and produce pollen that can be picked up by insects. When the BT toxin enters an insect's body and binds with specific receptors on certain nerve cells in its gut (where it would normally bind to salivary glands), it causes paralysis of those muscles within minutes. In this way, BT creates a physical barrier between the gut wall and digestive enzymes, thus preventing digestion.

Biotech crops can be an innovative tool to help farmers produce more food, conserving water and land while reducing waste.

Biotech crops are an agricultural tool that farmers use to produce more food with less land and water while conserving biodiversity and reducing waste in developing countries where resources are already scarce. In developed countries, GM crops have the potential to help farmers grow higher-yielding crops on land where conventional farming practices have failed.

Biotech crops can play an important role in feeding people around the world by increasing productivity, conserving natural resources and reducing waste. Biotechnology tools have been used in agriculture for decades, but they are now being adopted more widely with over 60% of plant varieties grown worldwide having been genetically modified compared to just 10% in 1996